As the 2023 election is approaching, the security challenges in some states are posing a serious threat to next year’s poll.

Nigeria’s security challenges ranging from the activities of the Independent People of Biafra (IPOB) in the southeast, Boko Haram terrorists in the northeast, and banditry in the northwest.

Others are herdsmen and farmers clashes in the north-central and a number of security breaches in the southwest. 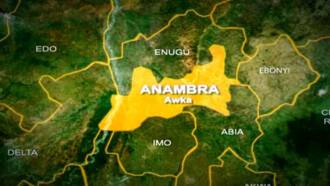 Political pundits have outlined some of the states where these insecurities might influence election violence. The states are listed below.

Elections in all 5 states of the southeast are likely to erupt in violence due to the activities of IPOB.

IPOB is a separatist group in Nigeria whose objective is to opt out Biafra out of Nigeria. The states IPOB is terrorising include Enugu, Abia, Ebonyi, Imo and Anambra.

The centre of excellence is another state where violence is likely to occur because of the quest of the supporters of the All Progressives Congress (APC) Bola Tinubu and his counterpart in the Labour Party (LP), Peter Obi over the state.

The supporters of the Tinubu and Obi are on the quest to outdo each other in the state. There have been tribal speakings in some Igbo-dominated areas in the state, who are claiming to take over the state from the Yoruba.

The northwest zone is another spot of violence due to the activities of bandits in the region. 4 states in the region, including Kaduna, Katsina, Sokoto and Zamfara are badly affected.

Many of the villages in the 4 states have been sacked by bandits and are posing threats to the 2023 elections.

This is another state in the northern part of the country where tension is brewing because of the supporters of the ruling APC and those of the New Nigeria Peoples Party (NNPP).

The NNPP in the state had threatened not to sign the peace accord because of the statement of Abdullahi Abbas, the chairman of APC in the state.

During the 2019 election, there was electoral violence and some persons died.

The 2 north-central states are also flash points of likely violence in the 2023 election. 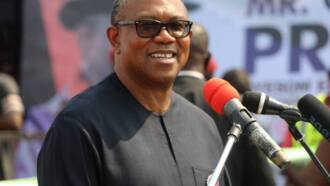 The states are experiencing communal clashes and a farmers-herders crisis before the 2023 poll.

The Boko Haram activities in the state have been significantly reduced but the recent attack on the Peoples Democratic Party (PDP) presidential campaign train in the state is a pointer of violence.

It is obvious that the supporters of the APC and PDP are ready to give all it takes during the election. Coupled with the fact that the PDP had never won the state since it was founded in 1999.