In an interview published by Financial Times, Atiku said his bid to become Nigeria’s president is a lifelong ambition that he will continue to pursue as long as he is alive and healthy.

“It is a life-long ambition and as long as I’m alive and strong and healthy, I will continue pursuing it,” the Financial Times quoted Atiku as saying in Lagos after a campaign rally. 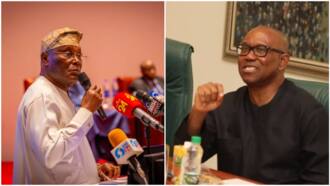 I have come to the last stage, says Atiku

“I’ve come to the last stage now. I don’t think after this I will run again,” he said.

How Atiku will win the 2023 presidency

Meanwhile, a long-serving aide of the PDP presidential candidate whose name was not mentioned also told the FT how his principal will win in 2023.

The aide said Atiku would give his opponents, Bola Tinubu of the All Progressives Congress (APC) and Peter Obi of the Labour Party (LP) a close run in their southern strongholds and take advantage of President Muhammadu Buhari’s absence on the ballot to win the northern votes by a wide margin. 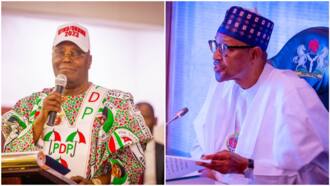 Meanwhile, the PDP presidential candidate, Atiku, said he will form a government of national unity that will include opposition politicians if elected in 2023.

Atiku who describes himself as a unifier made this known in an interview published by Financial Times on Monday, December 19.

Asked if he could appoint the Labour Party (LP) presidential candidate, Peter Obi, if elected, Atiku responded: “Why not?”