Veteran singer Innocent Idibia popularly known as 2Baba has left many of his fans and followers talking after he shared a video of him vibing to an old song dubbed Rather Be by defunct music group Plantashun Boiz.

2Baba, who was a member of the music group alongside singers Faze and Blackface before they separated to pursue solo careers made a shout to his former group members. 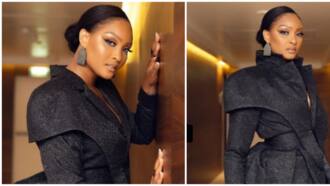 Sharing the video on his Instagram page, 2Baba wrote:

“In my PLANTASHUN BOIZ feelings this morning❤️ Are u thinking what I’m thinking?? Big up Black Face n Faze !! FTT love.”

“Even though I don’t like concerts, if plantashun boiz decides to have a concert I will be the first to get there.”

“Oh! Tubaba my prayer for you everyday be say make God keep you for us, I can’t talk about my childhood without mentioning your music…. Love you forever ✊.”

“U Dey hear lyriiiiics???? Nor be the noise wey I Dey hear these days ‍♂️ 2babaaaaaaaa .” 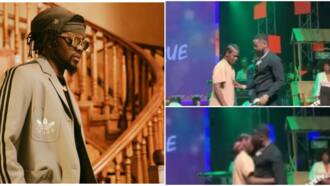 “Blackface wrote this song. His lyrical dexterity is out of this world!”

Singers Peter and Paul Okoye of Psquare on Sunday, November 20, had their anticipated 4Eva concert in Lagos.

The event, which was star-studded, came with features from 2Baba, Don Jazzy, J Martins, and Bracket, among others.

An exciting video showed the moment veteran singer 2Baba joined Psquare on stage while his hit song African Queen played in the background.