Nigerian actress Adesua Etomi has shared a new video of her showing some serious dance moves.

Adesua, who is married to popular singer and politician Bankole Wellington better known as Banky W, stunned fans with a beautiful video of different dance steps.

Sharing the video on her Instagram page, Adesua wrote:

“If you don’t know, now you know. You’re welcome fam. Don’t say I don’t do anything for you.” 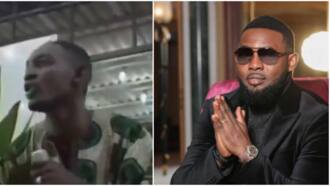 See the actress’ video below:

The video is coming as a reaction to a video of the actress’ lookalike trending on the Nigerian social media space.

See the trending video below:

Celebrities and fans react to video of Adesua dancing

“I’m lost because Susu, what is going on here?”

“Why? Please why? There’s no name for this indeed.”

“You brought this dance to the socio medium?????? why didn’t Xaiah press spoil on your phone for me?”

“You don dey bend like this again,tomorrow now you go begin vomit.”

“Best dancer in the world that girl did nothing you nailed it..to God be the glory .” 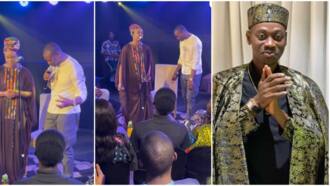 “This must be a teaser, right? To God be the glory bawo.”

Adesua pens tribute to hubby with remix of his old song

Adesua Etomi left many gushing about a tribute she did for her husband and singer Bankole Wellington, better known as Banky W.

Adesua did another version of Banky W’s hit single Strong Thing, which was released in 2009.

Sharing a video of the captivating song, Adesua said it was stressful recording it, but it was fun.