Nollywood actress Funke Akindele recently held Lagos agog as she premiered her latest movie, ‘Battle On Buka Street’, a film according to the producer is meant to preach unity, oneness and love for the Nigerian culture.

The actress who recently held the premiere of her box office film, ‘Battle on Buka Street’, shared her thoughts with Legit.ng on a number of things in this interview. 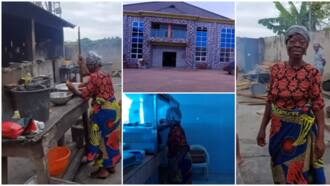 The Jenifa actress spoke about her new movie and the inspiration behind its plot, while also explaining what happened in her second marriage and why it crashed.

Battle on Buka Street is a celebration of our culture, and our food while preaching oneness

Speaking on her new movie, ‘Battle on Buka Stree’, Fuke gave an insight into what inspired the film:

“Battle on Buka Street tells the Nigerian story, an insight into our culture, and an appreciation of our food but done from an entertaining and comical angle woven with many moral lessons.”

Funke Akindele also had this to say when we asked her what she stands to gain by going into politics; 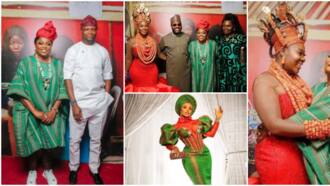 “As a young person in Lagos, I’m bothered because our future is at stake if we continue to live like this in Lagos. No matter your tribe, as long as you live in Lagos, and you’re tired of the standard of living, the present situation of things, and there is a feeling that it is time for a change, well now you have it. That is the succour my principal and I intend to provide.”

Different clips and photos have emerged online from the premiere, however, the one that seems to have caught the attention of Nigerians the most is the viral video of Funke Akindele, Sola Sobowale and Osuofia showing off their dance skills.

All three thespians were seen throwing it down big time to an Igbo live band, thrilling them to some mercurial highlife music.