The 67th edition of the Eurovision Song Contest is set to take place in May 2023 and fans are already excited for what is to come.

Nigerian and Ukrainian band, Tvorchi, have been announced as one of the music groups that will be present at the competition set to hold in the Liverpool Arena in the United Kingdom (UK).

Tvorchi will be representing Ukraine in the contest and the band will be performing its song, Heart of Steel, Eurovision reports. 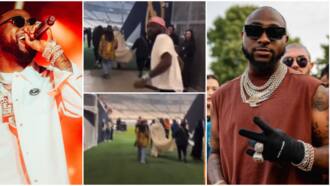 The two-man band was formed by friends, Jefferey and Andriy, in 2018 while they were studying at the Ternopil National Medical University in west Ukraine.

Listen to the band’s Heart of Steel song below:

In a post shared on Instagram, the band members extended their appreciation to fans for being trusted to represent Ukraine in the contest.

“Thank you, people with hearts of steel! We will do everything to properly represent Ukraine and our eternity! THANK YOU.”

Ukrainian rap group, Kalush Orchestra, won the 2022 contest with their song, Stefania, but the country couldn’t host the event due to the Russian invasion of Ukraine. 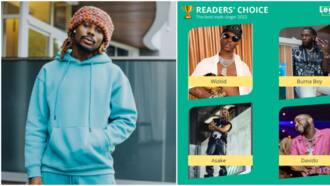 “Kinda happy but Jerry and Krut deserved to win!!”

“Omg I voted for them It’s so strange to hear bad comments from foreigners, bc these guys really worked a lot for years, and their lyrics are so relatable for Ukrainians fr.”

“People say “doesn’t have the winner potential” isn’t it exactly what y’all wanted make up your minds already.”

“I`m from , but I`m in shock too. So terrible choice I didn’t expect. This song got 2nd best from jury and 1st from the audience, hard to explain how this happened honestly. There were much better songs like Krutь or Jerry. It will be good if they get at least top-20 in final✌️.” 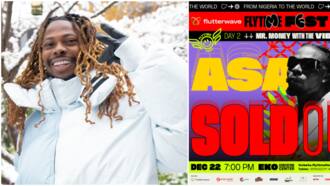 “What did you put in your stew?” Nigerians react to Asake’s sold-out N70k show tickets

Tems was nominated alongside Rihanna and Ryan Coogler for her songwriting efforts on Lift Me Up—one of the soundtracks for Marvel’s Wakanda Forever film.

Reacting to a congratulatory post on Twitter, the singer teasingly mentioned how the blessing from God is “too much”.