Bauchi state – A former deputy governor of Bauchi state, Sagir Aminu Saleh, has formally announced his defection to the All Progressives Congress (APC) ahead of the 2023 general elections.

Saleh led thousands of supporters of other political parties to the APC on Thursday, December 22, Nigerian Tribune reported.

The defectors were received by Senator Abdullahi Adamu, the national chairman of the APC, at the campaign flag-off of the party’s governorship candidate in Bauchi state, Ambassador Sadique Baba Abubakar. 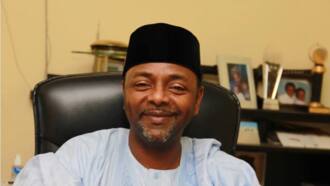 The campaign was held at the Abubakar Tafawa Balewa Memorial Stadium in Bauchi.

2023 elections: How we will defeat PDP in Bauchi

Speaking at the rally, Senator Adamu said the APC will reclaim the gubernatorial seat in Bauchi state in 2023.

He said the APC had learnt its lesson after losing the governorship seat in the state in 2019, reiterating that the party will unseat the incumbent governor, Senator Bala Mohammed, in 2023.

“Bauchi has been a stronghold of APC and we have made adequate arrangements to reclaim the mandate during the 2023 general election in the state,” he said. 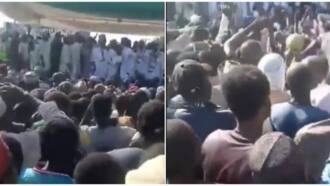 In a related development, Alhaji Mahmoud Maijama’a, an APC governorship aspirant in Bauchi state, has defected to the Peoples Democratic Party (PDP) ahead of the 2023 general election.

Maijama’a defected to the PDP with his teeming supporters, according to the statement released by Lawal Muazu Bauchi, a New Media aide to the Bauchi state governor, Bala Mohammed.

Legit.ng gathered that the former APC guber aspirant was received into the PDP by Governor Mohammed at the Government House in Bauchi.