The much anticipated third edition of Fuji Vibration was held in Lagos on Thursday, December 8, 2022. 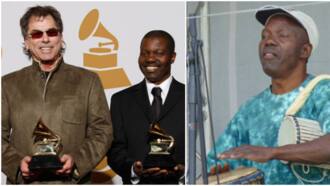 The star of the night was a young boy of 10 years popularly known as Agba Awo and his friends as they took everyone present by surprise with their sensational mastery and performance of fuji music.

His friends also of his age were his backup singers.

The teeming fans of KS1 Malaika whose song Igba Kan has gone viral, know that there is never a dull moment with the singer as he serenaded them with his electrifying songs and dance steps which have adhered them to him. The vibe was right and Fuji fans connected immediately Madiba came on stage. The crowd sang his evergreen classics word for word.

Osupa as he is fondly called did not disappoint its fans as he rendered many of his popular songs to their admiration.

The highlight of his performance was his acapella renditions of some of his songs. 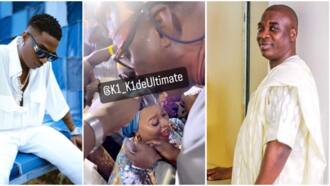 Some of his fans said:

“Osupa on Acapella….. My favorite moment that night.”

“Matagbamole is undisputed Fuji musician…u can never pull him down”

The highlight of the night was when King Wasiu Ayinde Marshal (KWAM1) mounted the stage and performed to the admiration of over 3,000 audiences.

He gave a command performance only a veteran can. He took the packed crowd through a performance that showcased his 50 years on stage.

Legit.ng had previously reported that Wizkid’s mum was given special recognition at a recent event she attended and a video showing the moment made it to social media.

The video captured the moment KWAM1 spotted her presence as she joined him on stage and rained mint N1000 notes on her.