Fast-rising comic and skit maker, Onwuka Ugochukwu Richard, better known as Funnybros recently got people talking online as he took to his page to reveal his latest achievement.

The young comedian stunned many when he shared photos of a black SUV Mercedez Benz, noting to his fans and followers to congratulate him for acquiring a sleek new luxury ride.

Funnybros has been tipped by many as the next best thing in the Nigerian skit-making industry, and he has not disappointed thus far. 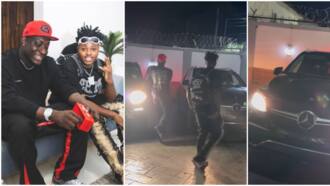 The final-year student of Abia state university is the biggest revelation within the comic industry over the last twelve months constantly churning out super hilarious content effortlessly.

See Funnybros’ post revealing that he just bought a Benz below:

“Tenant Tenant.. so u don use my house rent buy Benz.”

Funnybros: 6 things you need to know about the fastest growing skit maker in Nigeria in 2022

Meanwhile, Legit.ng recalls reporting that over the last few years, the skit-making and content-creating industry has developed into a very lucrative but highly-competitive enterprise. 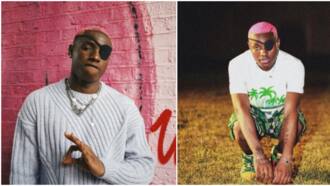 “I’m grateful”: Reactions trail Ruger’s post as he appreciates his fans for keeping Asiwaju at No1 for a month

However, one young comedian by the name of Funnybros has come through in the skit-making industry in 2022, holding the entire enterprise by its jugular with his unique sense of comedy.

In this article, we took a brief look at some of the growth of Funnybros in the comic industry, his background and his biggest influences.