Nollywood actress Empress Njamah gave her fans and supporters a cause for concern after clearing the air about her engagement in a lengthy video shared on social media.

Following the video, her colleague Moyo Lawal made it known publicly that she met the fiance who has been blackmailing and physically abusing Empress.

According to the reply, Lawal was deceived by the man’s looks when they met for the first time in October. 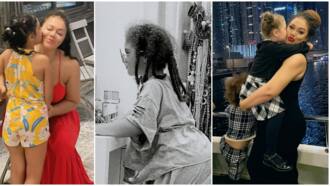 The actress then urged Empress tro stay strong as everything she is currently going through shall pass.

“Please stay strong @realhouseofempress ❤️❤️… this too shall soon pass, without taking the beautiful parts of your soul. …. …. P.S I can’t believe, I actually met him with you this day in October … looks really be deceptive …. Please stay strong ❤️”

Empress’ entire ordeal in the hands of her fiance sparked mixed reactions online, and Moyo’s reply earned a few comments.

Read the comments gathered below:

“It will get better❤️”

“His looks isn’t deceptive, he looks like a tout.” 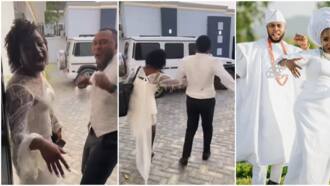 “I cried like I’m the victim. I pray she stays strong. Send love ❤️ to her.”

More drama unfolded between Nollywood actress Empress Njamah and her estranged lover following a revelation she made on social media.

Njamah in a lengthy video had cried out for help and revealed that she was being blackmailed by a man who came into her life under the guise of being a lover.

Njamah also disclosed that an engagement video which was uploaded on her page was filmed under duress and posted by the man who has access to all her social media accounts.

Well, in a response video that made the rounds online, the man came out to reveal his identity and issue more threats against the movie star.

He mentioned that he knows the movie star’s entire daily activities and social media users expressed concern for the actress.