For weeks there have been rumours making the rounds that the beautiful Nollywood actress Iyabo Ojo has found a new lover, who is an Igbo man. 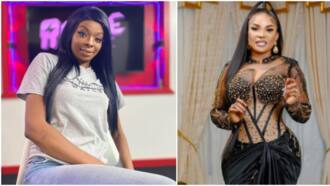 However, when we asked her during a recent out Iyabo Ojo refused to divulge to the media who the lucky man was. But it seems now the cat is out of the bag as both lovers have chosen to consistently express their affections passionately to each other online.

Paulo in what seems like the first of many took to his Instagram page to share an image of Iyabo Ojo and himself as he celebrated his new lover on her 45th birthday.

“Awwwwwwwww I love you with all of me, my Obim.” 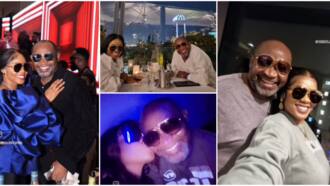 “Happy birthday to Our Wife.”

“Paulieeee so happy for you both!”

“Awwww congratulations to this sweet union.”

“Here’s to all your dreams coming true.”

Meanwhile, Legit.ng recalls reporting that ace Nollywood actress Iyabo Ojo trended online recently after a video of her and a new man in her life holding hands went viral.

Iyabo Ojo and wealthy event promoter Paulo Okoye were seen in a trending video shared online by Toke Makinwa getting quite personal and a bit more than what just friends or adult acquittances would do to each other.

In the trending clip, Iyabo personally reached out for Paulo’s hands to hold him while she danced.