The Battle on Buka Street actress shamelessly sat on the floor in a video as she showed her fans and followers the remaining piece of a diamond earring pair misplaced by her daughter.

Mercy called on anyone who also has a single piece like that to come to her aid and give her the pricey jewellery. 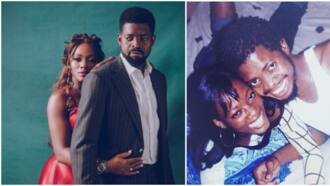 “Do things but know your limit”: Basketmouth’s wife says hours after he announced end of their 12 years union

She also used the opportunity to call on her jewellery plug to come to her aid and replace the missing pair.

In her caption, the actor hilariously described her daughter as the culprit responsible for misplacing the item.

Watch her video below:

“Lol, funny and painful… I can’t forget losing my Gold ring after one day usage… i just dey shout.”

“Real culprit why you no talk a. Out make she hear u.”

“Please is it the left ear or the right ear let me know if It will match my own then I give you.”

“Please verify that the culprit does not have it in their stomach biko.”

“D culprit sef dey behave like she no send omo.”

“My daughter misplaced one of my gold earrings anytime I see the other one am still pained sorry for ur lost sisthur.” 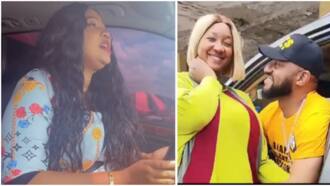 “The way you dey force yourself on him”: Reactions as Judy Austin confirms she’s still Mrs Yul Edochie

“Ahhhhh so many allegations on divine .”

“Divine is always right… please leave her out of this….. No b she send u to Dey fight yeside.”

Mercy whose husband is running for a seat in the House of Representatives threw her weight behind Sanwo-Olu of Lagos.

“My Dear Wife and Best Friend, Thanks a lot for your support, You have always STOOD where I STAND, You’re an amazing WOMAN,” he wrote.