One half of the singing duo P-Square, Paul Okoye aka King Rudy is finally free to fully pursue another marriage with his new lover, Ifeoma.

Following the divorce papers served by his wife, Anita last year, an Abuja High court sitting in Maitama has finally dissolved their marriage.

The mum of three had called for separation from her ex-husband on the grounds of cheating and being an absent father.

According to Punch, Anita requested a monthly settlement of $20,000 (N8.8m) and a number of her ex-husband’s mansions on claims that she contributed N10m to a mall the singer just completed in Lekki Lagos. 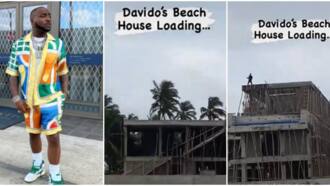 However, the mum of three decided to withdraw the claims and opted to settle following alleged inability to prove all of the claims in her petition to the court.

Consequently, the court in its judgment granted joint custody of the children to the parties on October 20, 2022.

“One of the disadvantages of allowing your woman to know your exact earnings…you no need am…take care of your home to the fullest of your capacity…no dey explain wetin go pull you down later.” “Paul Okoye slid into my dm to insult me”: Lady wails online after Rude Boy took time to troll her, fans react

“I think we need to learn this from Yul Edoche, do only traditional marriage so that when in times like this no one will dig your gold . “

“Most of nowadays women never cared about building a family, they’re only building a pension plan.”

“Let me summarize it she did not get any money from the husband and he has access to his children.”

“All of you saying she’s leaving because of what she wants to get should please think very well before commenting . They have three kids, three kids who needs to feed very well , three kids who have never suffered since they were born so how is she supposed to keep up with all of this if money isn’t involved ?? Lastly, before you judge read what are reasons for divorcing him is.” 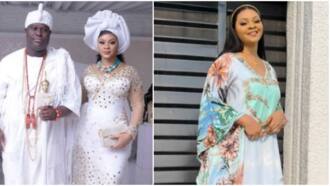 “We started dating but there was so many interference”: Queen Tobi reveals how she met and married Ooni of Ife

Paul Okoye aka King Rudy’s new love life trended on social media as the singer kept fueling the reactions by gushing over his woman.

Videos sprung up in a bid to uncover when the singer and his young new lover Ifeoma started dating.

A clip from King Rudy’s Reason With Me, with Ifeoma as his video vixen sparked another round of reactions and discussion online.