The Governor of Delta State and Vice Presidential candidate of the Peoples Democratic Party (PDP), Ifeanyi Okowa on Monday stirred a reaction following a picture he shared on his social media account. 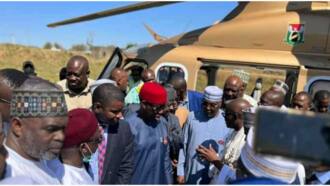 The Delta state Governor rather than project a topic around the crisis rocking the main opposition party, motivated Nigerians with the beautiful moment.

“We are all meant to shine, as children do. We were born to make manifest the glory of God that is within us. It’s not just in some of us; it’s in everyone.”

Meanwhile, Makinde is one of Governor Nyesom Wike of Rivers State strongest ally who is calling for fair leadership in the PDP and equal share of positions.

Governor Makinde, a member of the five aggrieved Governors under the PDP identified as the G-5 who are insisting on the resignation of the National Chairman of the party, Iyorchia Ayu. 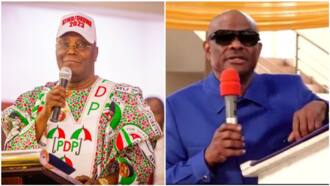 Nigerians took to the Facebook page of Legit.ng and reacted to the development.

“I don’t think Wike is stopping anyone from associating with Atiku.”

“I don’t think Wike is stopping anyone from associating with Atiku.”

“They’re still trying to reconcile with the G5.

However, the name of former Governor Ayo Fayose is missing from the team set up by the PDP ahead of the 2023 general elections.

In a statement released on Sunday, December 18, by Aminu Tambuwal, director-general of the PDP presidential campaign organisation, it was discovered that Bisi Kolawole is the chairman of the council. 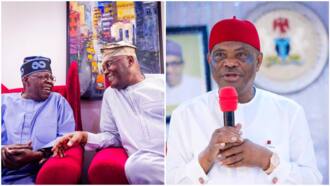 Sources privy to meetings between Atiku Abubakar and members of the Integrity Group in the Peoples Democratic Party (PDP) had revealed that the party’s presidential candidate has moved on with his plans for the 2023 elections.

One of the sources on Sunday, December 18, disclosed that Atiku has replaced Governor Seyi Makinde as the coordinator of the PDP Presidential Campaign Council (PCC) in the southwest with his Osun colleague, Ademola Adeleke.

The source said this decision by Atiku came after a deadlocked meeting between him and G-5 governors in Port Harcourt, Rivers capital.