Popular singer Portable Zazu is known for his love for the street and has repeatedly made headlines over some of his deeds.

The singer, who was in Ado Ekiti, Ekiti state capital for a show has taken to his Instagram page to share videos of his arrival in the state.

Portable could be seen on a car as he threw money in the air with many hailing while some ran after him to get their share. 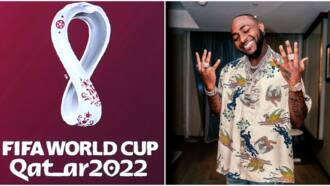 Sharing the video, Portable added a caption that read:

Netizens react to video of Portable in Ado Ekiti

“You can’t come to zazu page and be angry .”

“December to December I too love this guy ❤️ e sabi trend.”

“You come my city come Dey throwey money imagine my babe just called me now guy portable dash me 1200 I was like ….. .”

“Some of them picking money are among those that come online and drop negative comment .” “You be vibe portable said wait make I enter pos collect money nobody only portable I love you bro ❤️❤️❤️.”

Portable Zazu shared videos of his performance at the Akarigbo of Remo’s 60th birthday and 5th coronation anniversary which took place on Sunday, December 11.

Portable in a post he shared via his Instagram page said he enjoyed every bit of his performance while praying for long life for the traditional ruler.

“I had a warm welcome in Remo celebrating with the Akarigbo of Remo land on his 5th coronation and his 60th birthday may you live long Kabiesi thanks for having me.”’