Kaduna – Nasir El-Rufai, the governor of Kaduna, has said he would leave the state after handing over to his successor on May 29, 2023, adding that he did not want to interfere in the incoming administration.

The governor added that he would not respond to people asking him to give them notes for his successor nor interfere in the affairs of the next All Progressives Congress (APC) government in the state, Nigerian Tribune reported. 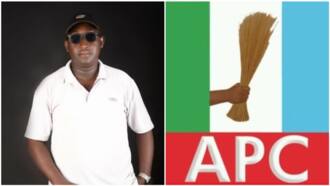 El-Rufai said this while speaking at a town hall meeting at the Kaduna central senatorial zone, where he expressed optimism that Uba Sani, APC governorship candidate in the state would succeed him.

The governor maintained that he had known Sani for over 20 years and he had proven to be politically resilient.

He said that the next governor of the state would be guided by God if his heart is pure, but maintained that Sani is a good man who will also run good governance.

El-Rufai then urged the people of the state not to bombard him with notes for Sani for political appointments or contracts when he become the governor. 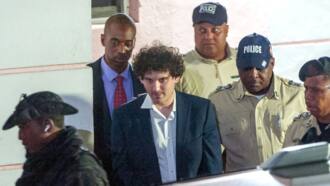 He said the governorship hopeful is a worthy successor who will take the state to greater heights when voted for as governor.

Legit.ng earlier reported that Ejike Agbo, a chieftain of the ruling APC in Ebonyi state, has alleged that his life and that of his family have been under assassination threat.

The ruling party chieftain alleged that since he had challenged the primary that produced Chinedu Onah, the APC candidate for Ohaukwu south, in court, he had been receiving a death threat.

According to Agbo, the ongoing insecurity in the state is an avenue for his political rivals to kill him and he had to cry out on time.