The Chairman Kaduna State Peace Commission (KAPECOM), Archbishop Josiah Idowu-Fearon, has urged religious leaders to see themselves as instruments of unity and not allow their personal preferences to get better of them in relating with the public.

Bishop Idowu-Fearon was reacting to a statement credited to the General Overseer of Living Faith Church, Bishop David Oyedepo, that, ‘the number of people who vote for APC in 2023 will determine the number of mad people in Nigeria’. 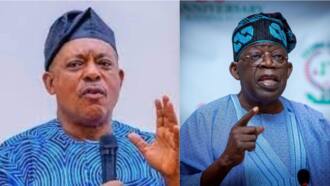 “Don’t cover up for your candidate if he is seriously challenged”, Secondus tells APC

Bishop Fearon stated that it is wrong for any religious leader to tell his congregation to vote for any particular party, because every congregation consists of people with different political views, as democracy is about freedom of choice, The Nation reported.

Bishop sends message to electorates ahead of 2023 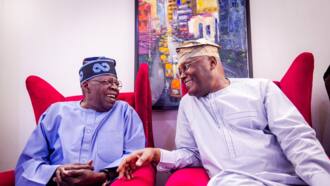 The Anglican Bishop noted with dismay that, Nigerian religious leaders now wants to be seen as rulers, a situation he said is not helping the country and its democratic processes.

He said Nigerians must be allowed to vote their choices regardless of religion and tribe, adding that,

“Let candidates manifestoes and competence speak for them and not their religion or tribe.

“Religious leaders are part of the political problems we have in this country. Some of them want to be rulers which is a wrong concept bringing about unnecessary sentiments.”

In a tweet sighted by Legit.ng on Friday, December 9, Adeyanju revealed that the general overseer of Living Faith Worldwide, Bishop David Oyedepo did not endorse the former Anambra state governor.

Adeyanju further disclosed that the Labour Party flagbearer was not given the mic to speak despite being introduced by Bishop David Abioye.

Meanwhile, some Nigerians have disagreed with the claim that the president of the Living Faith Church, Bishop David Oyedepo, endorsed Peter Obi, the presidential candidate of the Labour Party.

The cleric reportedly said that Nigeria needs a deliverer and not a leader to rescue the country in the 2023 election.

A journalist took to his Twitter page to express happiness in seeing Obi in his church but in his comment session of the post, some netizens disagreed on whether Oyedepo endorsed Obi or not.