It appears Paul Okoye of Psquare is not bothered about what online critics have been saying about his love life, especially since family members have already welcomed his woman.

Amid continued backlash, the singer also known as Rudeboy took to his Instastory channel with videos filmed during a recent hangout.

Apparently, Paul and his young lover, Ivy, had stepped out for a show and they seemed to have had an interesting night. 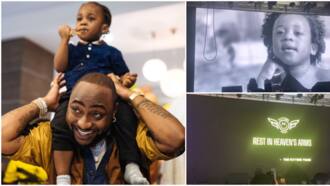 Watch the clip as spotted on social media below:

“In the end everyone deserves to be happy. Life goes on.”

“Put this atarado in our eyes baby. I’m here for it .”

“Na this girl fit all of una wey no dey mind una business, she’s young and understands SM rants, so keep wasting ur time to troll her.”

“Are these people trying to pepper us ni!?? e don do biko.”

“He is doing it on purpose and I am loving it.” 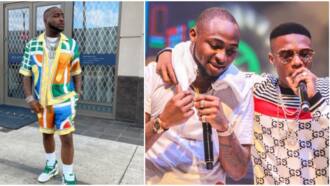 “I no want”: Moment Die-hard Davido fan refused soft drink that had Wizkid’s picture on it, video goes viral

The clip captured the celebrant posing with an ‘oyinbo’ man and many couldn’t help but wonder if she has started dating again.

“She has everything right to enjoy her life, because you are a man doesn’t mean you have the monopoly of enjoyment,” one social media user who reacted to the video wrote.