Joe Umuame, a Peoples Democratic Party (PDP) chieftain in the Ughelli south local government of Delta state has been confirmed dead in a road accident.

The PDP stalwart died with his driver in the early hour of Wednesday, December 21, Independent Nigeria reported.

Sources disclosed that Umuame’s Toyota black jeep had a head-on collision with a tanker after Ume junction on the Ughelli/Patani road while going for a PDP rally in Patani.

The source revealed that the driver died immediately while Umuame was rushed to a nearby hospital but later died after medical doctors’ efforts to revive him failed.

The late PDP chieftain is from Akpere-Olomu community, Olomu Kingdom in Ugheli south local government area of the state.

He remained a strong member of the PDP in the state until his death. He was a strong supporter of the party’s governorship candidate, Francis Orohwedor Oborevwori. 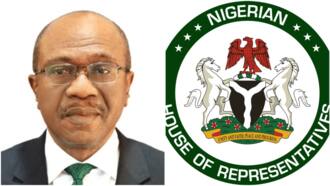 Emefiele will not appear before house of reps on Thursday, CBN writes lawmakers, gives reason

The PDP in the state is yet to make any official statement concerning the death of the PDP leader in the state.

His sudden death has thrown family, members of his household and many supporters in the state into mourning on Wednesday.